NEW Graduate Employment Rates Are In, Ranking Ajou 8th Among Universities in the Seoul-Gyeonggi Region 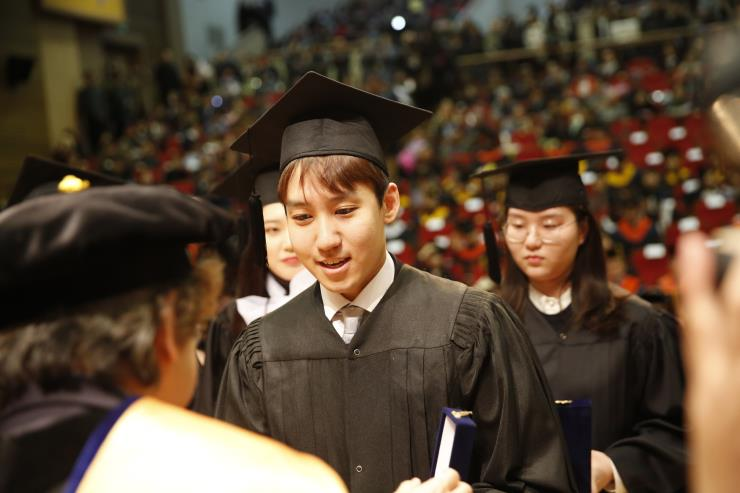 According to the “Employment Rate of University Graduates in February 2019 (Including Those Who Graduated in August 2018)” posted by the Ministry of Education, Ajou came in eighth among four-year research universities with 1,000 or more graduates in the Seoul-Gyeonggi region with a graduate employment rate of 70.4 percent.

Ajou’s graduates also had an employment retention rate of 89.3 percent, which is calculated using workplace-based National Health Insurance data to see who among university graduates have maintained their workplace-based insurance policies for one year since landing their first job. High employment retention rates are often interpreted as indicating the decency and security of jobs that university graduates have found.

The latest graduate employment rates were calculated as of the end of 2019 with respect to university students who graduated in either August 2018 or February 2019.