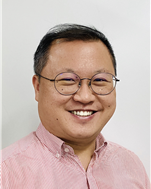 A joint team of researchers from Ajou University and Sungkyunkwan University has developed an ultra-sensitive graphene ion sensor using a novel acidity-detecting mechanism. This groundbreaking discovery, which transcends the theoretical limit expected of such sensors, is expected to have various applications, including for Internet-of-Things (IoT) devices and diagnostic equipment.

The team, co-led by Prof. Lee Jae-hyun (Dept. of Materials Science and Engineering / Graduate Dept. of Energy Systems Research) of Ajou and Prof. Whang Dong-mok of Sungkyunkwan, published their findings under the title “Super-Nernstian pH Sensor Based on Anomalous Charge Transfer Doping of Defect-Engineered Graphene” as the featured article in the January 13 issue of Nano Letters (IF = 11.238), a prestigious journal on nanoscience and technology. Both professors were featured as the corresponding authors, with Dr. Jung Su-ho of Sungkyunkwan’s Advanced Institute of Nano Technology as the first author, and Hyun Sang-hwa, a graduate student in Ajou’s Dept. of Energy Systems Research, as a co-author.

Thanks to its high conductivity and the exposure of its components on the surface, graphene has been garnering much attention as an ideal material for sensors. The low surfactant reactivity due to the low defect density, however, makes it difficult for the substances to be detected—ions, molecules, etc.—to attach to the graphene.

Until recently, much of graphene research has therefore focused on inducing and increasing defects on the surface of the material so that other materials may be better absorbed by it. This increase in mechanical defects, however, also compromises the desirable qualities of graphene, preventing researchers from transcending the theoretical limit on sensitivity.

Prof. Lee and his team have sought to overcome this dilemma by controlling the density of nuclei formed in the early stage of graphene synthesis so as to control the shape and size of the grains found on the resulting product. This nuclear growth density control method has enabled the researchers to produce a nanocrystalline graphene with engineered defects so as to permit the selective penetration by ions. In other words, the team has come up with a novel detection mechanism utilizing the reaction between graphene-penetrating ions and the substrate underneath.

As a result, the team has developed a highly sensitive nanocrystalline graphene-based pH sensor that is capable of achieving a sensitivity as high as 140mV/pH under optimized conditions, far exceeding the marginal sensitivity of 59mV/pH associated with conventional pH sensors.

Emphasizing that they were the first in the world to find a new sensing mechanism capable of transcending the theoretical sensitivity limit, Prof. Lee and his team assessed that their defect-engineered nanocrystalline graphene harbors much potential for producing “highly sensitive semiconductor ion sensors with possible applications in IoT and medical devices.”

This study was made possible with the support of the research support programs for basic research labs and seasoned researchers provided by the National Research Foundation of Korea. 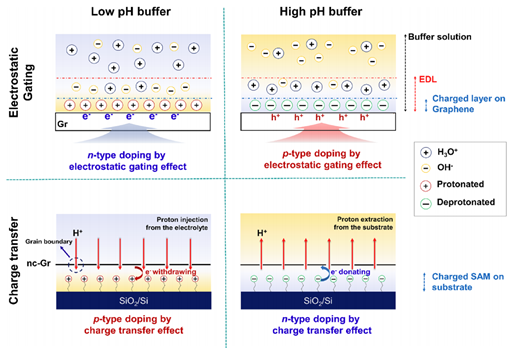 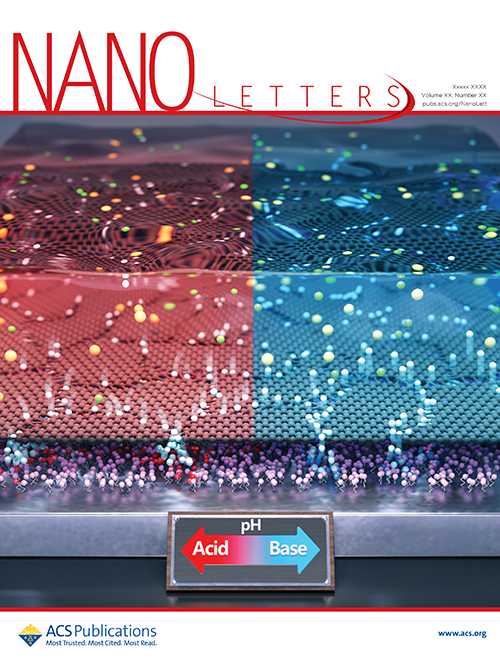 Featured on the cover of Nano Letters

Graduate Employment Rates Are In, Ranking Ajou 8th Among Universities in the Seoul-Gyeonggi Region