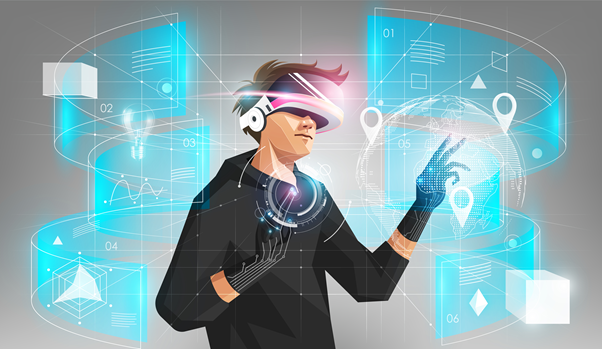 Wearable devices are a technology with gaming, medical, and communication applications. They require compact, lightweight, and high power density actuators—devices that move and control a mechanism—for smart operation. These criteria put a variety of design constraints from an engineering standpoint. Previous studies have considered using shape memory alloys (SMAs), amongst other materials, for actuators. However, they suffer from low energy efficiency and require additional heavy components.

Recently, a team of researchers from South Korea, led by Prof. Je-Sung Koh of Ajou University, have developed a compliant amplified SMA actuator (CASA) for wearable devices. It employs a minimal strain-amplification mechanism to compensate for the existing shortcomings. The findings were published in Nature Communications on 18th July 2022.

Prof. Koh explains the fundamentals of CASA: “The actuator has an optimized elliptic configuration and a compliant structure: that of an artificial muscle. It consists of an SMA wire and elastic beams that amplify actuation strain and minimize power density reduction. The actuator weighs only 0.22 grams but is powerful enough to throw 10 grams of weight. Moreover, it has a relatively high power density of 1.7 kW/kg and an actuation strain of 300% under 80 grams of external payload.”

The prototype glasses are capable of image depth control to relieve visual fatigue. On the other hand, the haptic gloves generate high pressures to provide large skin-deformation sensations for the wearer. They can also detect external contact by utilizing the actuator as a resistance-type force sensor, establishing two-way communication.

“The present research has demonstrated the practical use of smart materials in commercial wearable devices. CASA has distinguishing performance in terms of actuation strain, power density, weight, and form factor. I believe it can replace the commercially available motor-based actuators soon,” concludes Prof. Koh.

Prof. Je-Sung Koh is an Associate Professor in Department of Mechanical Engineering at Ajou University, Republic of Korea. His research group is developing biologically inspired robotic technologies. These include abstracting principles of nature creatures and building a biologically inspired robot using smart materials. His research interests encompass design and fabrication with smart materials, robots based on foldable structure, and soft robotics for enabling human-robot interaction.

A Novel Heterostructure Design for the Photoelectrochemical Production of Hydrogen