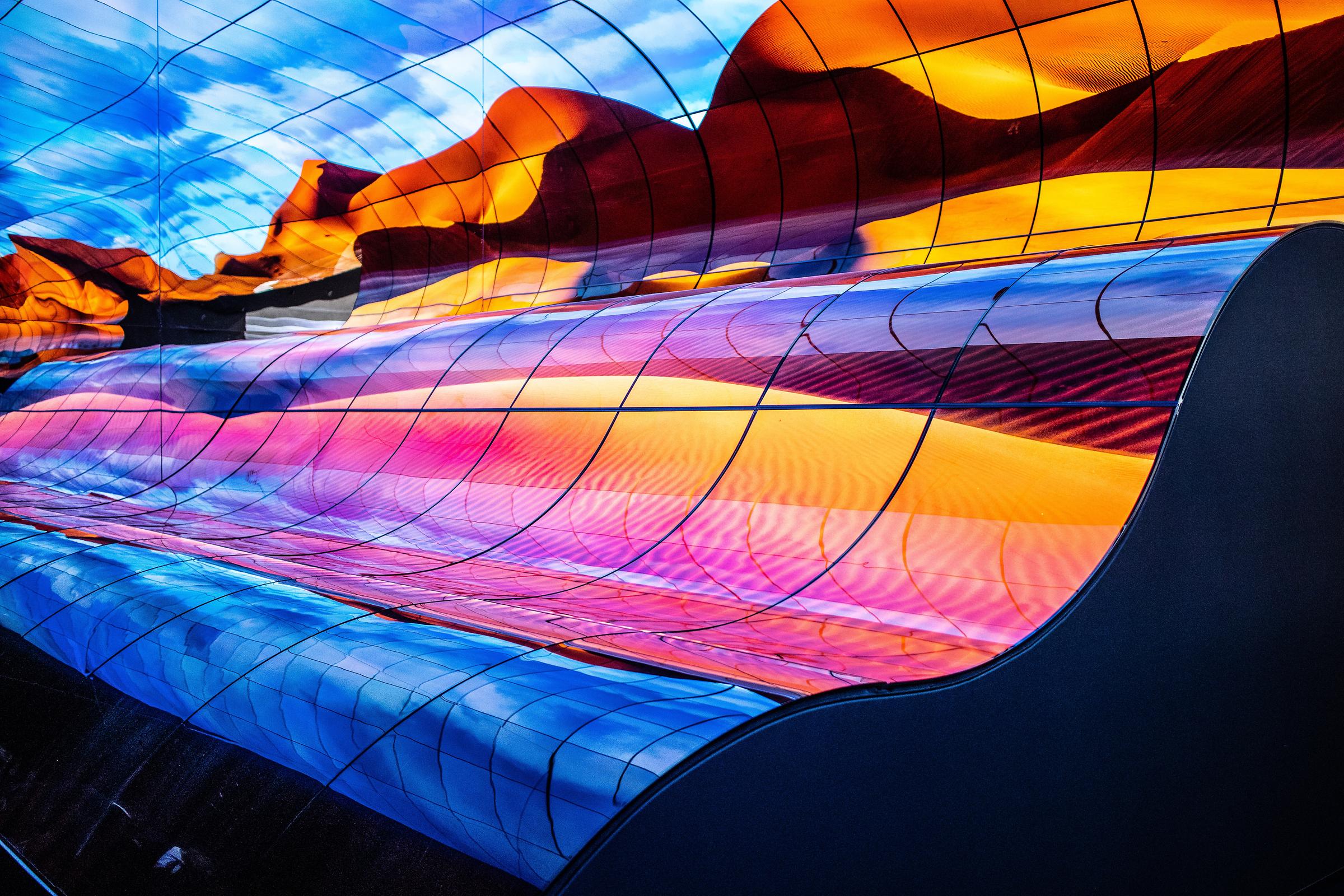 In recent times, organic light emitting diodes (OLEDs) have revolutionized the flat-panel display industry. Additionally, with the advent of quantum dot (QD)-enhanced LCDs, it is now possible to achieve a wide range of realistic color experience owing to their narrower emission bandwidth. But, the dependence of these technologies on color filters to produce color subpixels limits their utilization in large-area panel displays. This challenge persists even with the novel QD-OLED hybrid system, which uses an inkjet printing process to print color conversion layers (CCLs). Besides being stringent, the inkjet printing process fails to achieve the optimal thickness and density for QDs and experiences the issue of blue light leakage, impeding the advancement of these display technologies.

To this end, the researchers prepared a blue OLED (BOLED) using ITO glass and deposited the synthesized perovskite quantum dot (PeQD) aerosol /metal oxide composite layers on it. The deposited films were a mere 3 μm thick, a quarter of the inkjet-printed films! The PeQD layers embedded with aluminum oxide and silica particles facilitated efficient blocking of blue light leakage. In addition, the metal oxides significantly increased the luminance intensity from the BOLED to the CCL.

Further, the researchers demonstrated the compatibility of this novel technique with versatile patterning processes. They showed that UAD can be combined with a fine-metal shadow mask to produce a pattern of 30-μm diameter dots. Particularly, the direct writing method for creating PeQD array patterns provided the narrowest line patterns of about 13 μm.

Elaborating the advantage of this method, Prof. Kim notes, “The proposed technique enables the formation of very dense films without the need for any complicated equipment, and requires relatively less throughput time compared to other deposition techniques.”

This development can greatly simplify the color patterning process in LED displays, and help achieve high display resolutions, marking an advancement in display printing technology. Going ahead, the “color filter free” method is expected to find usage in QD-enabled displays, ultimately contributing to their application in ultra-large panel displays.

Sang-Wook Kim is a Professor at the department of bioengineering and applied chemistry, Ajou University. He received his PhD in applied chemistry from the Seoul National University in 2002. Thereafter, he completed his postdoctoral training from the Bawendi lab at Massachusetts Institute of Technology, USA before joining Ajou University. His research mainly focuses on quantum dot synthesis and application. In the recent past, he has worked on perovskite quantum dots and their LED application. He has published about 150 papers on nanoscience.

[A1]We have now added this abbreviation here since it has been used later in the press note.