Indium–gallium–zinc oxide (IGZO) semiconductors are promising as active components in thin-film transistors owing to their favorable electrical and optical properties. However, uncontrolled oxygen vacancies in IGZO can degrade device performance through negative shifts in the transistor threshold voltage (Vth), which should ideally be close to zero. Now, researchers from Korea realize a rapid modulation of Vth using UV irradiation, opening doors to reliable oxide devices with high mobility and large-area transparency. 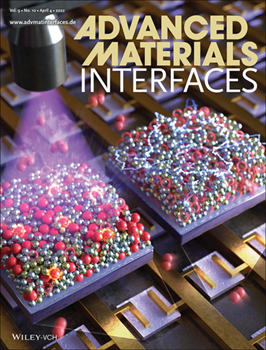 Caption: Selective modulation of the threshold voltage (Vth) in indium–gallium–zinc oxide semiconductor-based thin-film transistors with UV/ozone treatment of the substrate.

Amorphous indium–gallium–zinc oxide (IGZO) semiconductors are an essential component in the fabrication of next-generation unconventional electronic devices and have been considered as active components in thin-film transistors (TFTs), thanks to their electrical and optical performances. Moreover, they allow for high-throughput production via sol–gel process.

In TFTs, an important scaling factor for device performance is the threshold voltage (Vth). Ideally, a Vth close to 0 V is desirable for accurate and stable operation. However, in IGZO-based TFTs, a major problem arises from uncontrolled oxygen vacancies in the IGZO layer, which results in negative shifts in Vth. This, in turn, leads to unstable and poor device performance. While several methods have been adopted for controlling these vacancies, it is still challenging to adjust Vth quickly at room temperature since controlling the vacancies require long processing times.

To address these issues, a team of researchers from Korea has recently proposed a novel UV/ozone (UVO) treatment of the IGZO layer at room temperature that enables a rapid adjustment of Vth within 3 minutes. “The proposed technology for Vth modulation using UV light can be selectively operated within the substrate area. As a result, we were able to demonstrate IGZO semiconductors with different Vth values by controlling the exposed area,” explains Prof. Sungjun Park from Ajou University, who led the study.

In their work published in the journal of Advanced Materials Interfaces, the team used a sol–gel process to fabricate large-area IGZO semiconductors in a cost-effective manner. Then, using the UVO treatment, they showed that they could preserve the Vth close to 0 V under gate bias stress. To understand the mechanism underlying the UVO-based modulation, the team examined the electrical and physicochemical properties of the IGZO TFTs with and without the UVO treatment using transmission line method and X-ray photoelectron spectroscopy.

The analysis revealed that the UVO treatment led to both a rapid decline in oxygen vacancies as well as the formation of strong bonding in the IGZO channel without any change in the contact resistance. This, in turn, allowed for a fast Vth modulation with stable device operation.

“The Vth modulation by UV irradiation points to the selective performance control of metal oxide sol–gel devices and circuits and highlights their potential as a substitute for silicon semiconductor, ” says Prof. Park. “The performance variation of the IGZO TFTs through UVO irradiation can be used in the latest technologies that require high mobility and transparency, such as displays and optical communication,” he concludes.

Dr. Sungjun Park is an Assistant Professor at the Department of Electrical and Computer Engineering at Ajou University, Korea since 2020. His group studies flexible and stretchable high-performance electronic devices for wearable and bio-medical applications. Before coming to Ajou University, he received his PhD from the School of Materials Science and Engineering at Gwangju Institute of Science and Technology in Korea in 2016. Thereafter, he did his postdoctoral training at RIKEN and remained a visiting researcher at the University of Tokyo, Japan, from 2016 to 2018. Thereafter, he worked as a Senior Researcher in Samsung Advanced Institute of Technology (SAIT) in Korea from 2018 to 2020.